About Playing at Wilder 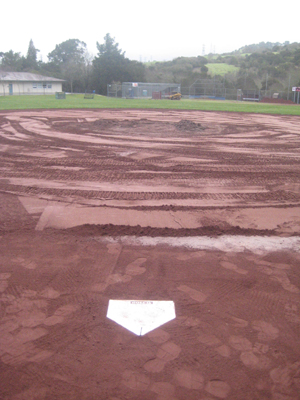 OBA is allowed to use the fields on which we play through contracted agreements with the OUSD and the City of Orinda.  The 2 diamonds at Del Rey, where the Pinto and Mustang divisions play, and the Wagner Ranch diamonds, are on OUSD property. The Orinda Sportsfield, where the Pony and Bronco divisions play, is technically EBMUD land that is managed by the City of Orinda. The fees that OBA pays to use the fields are OBA’s second largest league expense after umpires.

Each set of fields has their own set of ‘use guidelines’ that we must adhere to or we run the risk of having our permits revoked and baseball stopped. OBA has a very good working relationship with both OUSD and the City, and all participating families in OBA must help preserve this.

Outlined below are the specific guidelines that need to be followed:

Field Prep. Learn it. Know it. Love it.

General: To prepare the field for a game, arrive approximately one hour before game time. It takes at least 30 minutes to complete preparations, and each team is entitled to 10 minutes warm-up time before the start of the game. One hour allows only 10 minutes for extra work that may be required. The home team playing the first game of the day on a field should do a thorough job, as the prep time for following games may be abbreviated. If it has been raining, plan to arrive even earlier as the field will require more work to make it playable.

This is at least a two-person job.

Be sure to re-lock the sheds before the game begins to protect equipment, to keep locks from getting misplaced, and to prevent small children from injury in the shed or with the gear, particularly when everyone's attention is on the game.

Baseball Dirt: This is soil mix composed of cinders and clay. It needs to be moist to be firm. If an area is too wet you should not add sand or any other substance to the field in an attempt to dry out a specific area. Instead, rake drier "mix" from another and mix the two together.

How to Prep the Field:

The home team manager for the last game of the day is responsible for pulling all the bases, installing the mushrooms, putting the bases away, and locking up the shed. If you are unsure if it's your turn and no one from the next game has arrived before you, please put everthing away. Bases left in the peg anchors overnight will rust and stick.